CCEDC Board of Directors & Staff

The backbone of the Carbon Chamber & Economic Development Corporation are our Board of Directors and staff, who keep our organization strong and operating according to the bylaws of our organization. They are our leaders and decision makers, who are responsible for our tremendous growth over the years in both membership and in the programs and services we offer.

CCEDC Executive Board of Directors: 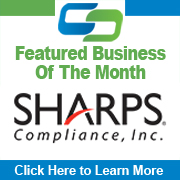 CCEDC Board of Directors:

Carbon County Board of Commissioners

Marianne Garritano Rustad is the Vice President of Operations at the Carbon Chamber & Economic Development Corp. She joined the Chamber staff as an Events Manager and Logistics Coordinator in August of 2021 and was promoted to Vice President of Operations in December of 2022.  Marianne has roots in Carbon County and understands the need to preserve our history while making room for change to meet future growth.

Marianne is working closely with volunteer leaders to support and strengthen communities and our local economy by implementing programs and networking opportunities for chamber businesses. Marianne prides herself with being part of the solution and she is thrilled to serve Carbon County and all of the organizations and businesses throughout the community.

Marianne pulls from her experience as a small business owner, and a community volunteer to be a resource for the small businesses of Carbon County. Her event, art, design, and production experience add to executing fresh new ideas for the county. She holds a degree from the Art Institute of Phoenix in Graphic Design, has volunteered on the CCEDC Women in Business Council and was the Vice President of the Jim Thorpe Tourism Agency in 2020.

Marianne is a proud Jim Thorpe Olympian graduate and resides in Carbon County with her husband and three dogs. Marianne is active in her community and enjoys attending community events and activities and supporting local businesses.

In her position with the CCEDC, Kathy consults with and mentors business operators and owners to assist them in starting, growing or relocating their business in Carbon County. Kathy administrates state funded PIDA loans as well as two in-house low interest loan programs along with the Carbon County Industrial Development Authority. In addition, Kathy oversees the Business Education Partnership and collaborates with area businesses and schools.

A member of the PA Economic Development Association (PEDA), Kathy continues to grow and bring best practices back to the county. Kathy is the Vice-Chair for the NEPA Multimodal Transportation Organization. She serves on the Board of Directors for the Northeast PA Alliance, Carbon Training Center, Carbon/Luzurne/Schuylkill STEM Ecosystem, and Commuter Services of PA. Kathy is a member of the PEDA Professional Development Committee, and the Public Policy Committees for the PEDA and Greater Lehigh Valley Chamber of Commerce. She is also a Boy Scout of America committee chair.

Bambi Elsasser is the new Lehighton Main Street Manager, for Carbon Chamber and Economic Development Corp.’s pilot program, the Lehighton Downtown Partnership.  Passionate about the revitalization of Lehighton, Bambi will be working closely with businesses new and old.  As a former volunteer with the Lehighton Downtown Initiative, she held the position of treasurer and events coordinator and is now excited to be the new Main Street Manager in Lehighton and looking forward to growing the program to include other municipalities in Carbon County.

Bambi’s other passions include, her family and travel.  Married to her high school sweetheart, they have 2 children, 3 grandchildren and Meeko, her crazy kitten.  While enjoying all forms and areas of travel, Disney is close to her heart as well as camping!

Linda Rex is the Administrative Assistant for the Carbon Chamber & Economic Development Corp. Linda has been with the organization since 2013.

Linda is the Program Coordinator for Leadership Carbon and works directly with the students, instructors and various organizations involved in the program. Linda coordinates the “First Step” program for Carbon County through Wilkes University Small Business Development Center allowing business owners and future entrepreneurs to receive free business consulting at the CCEDC office.

Jessica O’Donnell is the Executive Vice President of Affiliated Chambers for The Greater Lehigh Valley Chamber of Commerce, a top ten Chamber in the Nation and the Carbon Chamber & Economic Corporation. Jessica began her seven-year tenure with the Chamber in February 2014, playing an integral role in leading several of the Chamber’s partnerships and mergers to support its regionalization strategy, including Emmaus Main Street Partners, Whitehall Area Chamber, and most recently, the Nazareth Area Chamber. The efforts of Jessica, her team and volunteer board members prove that the Greater Lehigh Valley Chamber is not just a Chamber of Commerce, but also a Chamber of Communities.

Jessica and her team of four work with the East Penn, Greater Bath Area, Greater Northern Lehigh Area, Hellertown-Lower Saucon, Nazareth Area, Northampton Area, Southern Lehigh, Western Lehigh and Whitehall Area Chambers of Commerce, along with the Emmaus Main Street Partners and the Carbon Chamber & Economic Development Corporation. Jessica strives to carry out the Chamber’s mission of improving the economy and quality of life throughout the entire Lehigh Valley by connecting key business and community leaders across her Affiliated Chambers footprint.

Jessica received a Bachelor of Science degree in Speech Language Pathology from East Stroudsburg University and went on to pursue her Masters Degree at Cedar Crest College. Prior to her collegiate pursuits, Jessica graduated from Palmerton Area High School ("Go Bombers!"), growing up in Towamensing Township, Carbon County, and cherishes her roots there. Even with her current ties throughout the Lehigh Valley, Jessica can often be found at local favorites like Joey B's.

Jessica’s most recent accomplishment included being the 2019 Saucon Valley Community Center Annual Dinner Honoree for her leadership and advancements in the Hellertown-Lower Saucon area, at which she was awarded an official key to the Borough of Hellertown. In 2015, Pennsylvania State Representative Justin Simmons invited Jessica to Harrisburg to recognize and acknowledge her for her impact in the Borough of Emmaus.

Alison is the Senior Vice President of Member Relations for The Chamber. In her Member Relations role, she has the privilege of helping entrepreneurs, small/medium/large businesses, non-profits, charities, and community organizations. She prides herself on the many benefits and exposure opportunities a regional organization provides to its members and partners. Planning networking/community events, brainstorming business growth ideas with members (or future members!), making business connections and forging new partnerships, and mapping out strategic member branding/marketing campaigns are some of her responsibilities.

Alison Pickel started working at The Chamber in November of 2008 soon after graduating from Temple University (GO OWLS!) with a degree in Communications. She began her Chamber days assisting with Phillipsburg & Easton Area Initiatives. As a native “Jersey girl” (grew up in Phillipsburg, but born in Easton), she was in familiar territory and knew the communities well.  She continued working exclusively in those communities as the regional liaison until raising her hand for a spot on the coveted Member Relations team.

Enjoying life with her husband and best friend Matthew, chilling with family and friends, reading good books, jamming out at concerts, perfecting her fishing skills, traveling to cool places, watching the Philadelphia Eagles, taking long beach walks, and visiting any one of Lehigh Valley’s amazing restaurants are Alison’s favorite activities.